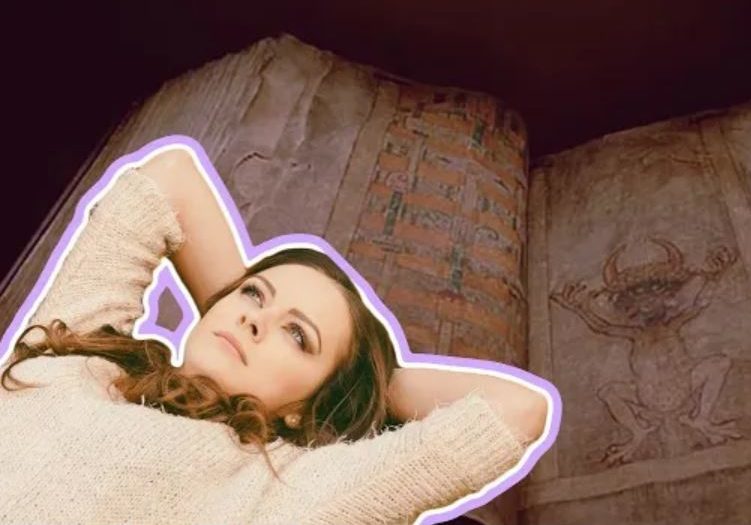 Jung first introduced the term ‘individuation process’ in his essay Psychological Types (1921). However, this process of psychological development was implied earlier in his doctoral thesis On The Psychology and Pathology of So-Called Occult Phenomena (1902) and in his anonymously published text titled Septem Sermones Mortuos (1916). The latter text is translated as Seven Sermons to the Dead and is a collection of seven mystical texts and was the only part of Liber-Novus which Jung chose to share during his lifetime. This small book speaks of the liberation of the individual (creatura) from a collective and general existence (pleroma). He writes:

The principum Individuationis, or the principle of individuation was not a new concept during Jung’s lifetime. This idea was explored by many great thinkers such as Aristotle, Schopenhauer, Nietzsche, Aquinas, and Leibniz. Jung himself describes, “principum Individuationis [is] individual differentiation, whose isolated character removes it from the realm of general biological phenomena” (Jung, 1921, para 88).  Likewise, he describes his individuation process as, “the process by which individual beings are formed and differentiated; in particular, it is the development of the psychological individual as a being from the general, collective psychology” (ibid. 757). He continues, “individuation is practically the same as development of consciousness out of the sphere or original identity. It is thus an extension of the sphere of consciousness and enriching of conscious psychological life” (ibid. 762). For Jung, the individuation process described the potential for psychological development innate in every person which relied on the delicate balance and creative interplay between the conscious and unconscious portions of the psyche.

The Jungian analyst, Murray Stein describes the individuation process as an “innate tendency, an impulse… or an imperative – for a living being to incarnate itself fully… in the case of humans to become aware of who are what they are”  (Stein, 2013, loc. 75). In his text, Stein offers new ways of overcoming the impulse to endlessly repeat the dysfunctional patterns that have conditioned us. In his account of the individuation process he sets out two basic movements, examines the central role of the numinous experience, considers the critical importance of initiation, and describes how a unique space is required for its unfolding. Stein focuses specifically on  individuation that progresses during adulthood.

In the first chapter, stein describes the two-fold movement of the individuation process as the analytic movement and the synthetic movement. The former refers to the task of breaking down unconscious material through analysis, he describes it as ‘analytic separation’ which includes “dismembering both identities one has forged with figures and content that have primary basis in reality outside of the psyche, and those that are grounded first and foremost in the psyche itself” (Stein, 2013, loc. 169). The latter movement which he calls ‘synthetic’ happens simultaneously and requires the individual to pay careful attention to the archetypal images and figures which appear in dreams and fantasies. He describes, “this movement involves taking up this new material into the patterns of conscious functioning and everyday life” (ibid. 166).

The natural process of individuation is a way of development which every living thing is subjected to, from the beginning to the end of their life. This journey consists of the pains, sorrow, joy, guilt, and error which we are all familiar with. Jacobi states that it is the person who “strides (along this path) bravely, plunging hardily into life, dreading neither struggle nor effort, avoiding no experience, will mature into a richer personality than those who endeavor to keep to the sunny side of the street”  (ibid. 97). Even though individuation can present itself as a natural psychic process, this does not mean that everyone reaches their full potential. Anyone who seeks security in the crowd will never be ready to individuate, as the process includes an ever-increasing separation  from the ego and persona. Likewise, Stein writes:

the movement towards individuation is not optional, not conditional, not subject to vagaries of cultural differences. It is a given, although of course many people ignore it, repress it, and distort themselves in convoluted attempts to avoid acknowledging its presence out of fear of appearing non-conformist or being seen as ‘different’ (Stein, 2013, loc. 201).

The second case instead is a moral decision to develop the whole personality and involves the intervention of consciousness in what would otherwise be a spontaneous psychic process. This form of individuation is where Jung focused much of his attention, attempting to encourage the development through an analyst and analysand relationship.

The Stages of Life

Jacobi states both variants of the individuation process fall easily into two main sections, each comprising of many further phases: the first and second halves of life. However, she states, “the duration and extent of the phases, the nature of the tasks they present and the solutions found, the depth and intensity of the experiences, may vary enormously from one individual to another” (Jacobi, 1958, pg. 98).

In his essay The Stages of Life 1931), Jung uses a metaphor of the sun sweeping across the horizon to characterize the human lifespan. He describes, “in the morning it rises from the nocturnal sea of unconsciousness and looks upon the wide, bright world which lies before it in an expanse that steadily widens the higher it climbs in firmament”. Jung divides the human life-cycle into four stages: childhood (earliest years to puberty), youth (just after puberty to the thirty-fifth of fortieth year), mid-life (fortieth to eightieth year), and old age (eightieth year to death). He writes:

The one hundred and eighty degrees of the arc are divisible into four parts. The first quarter, lying to the east, is childhood, that state in which we are a problem for others but to yet conscious of any problems of our own. Conscious problems fill out the second and third quarters; while in the last, in extreme old age, we descend again into that condition where, regardless of our state of consciousness, we once more become a problem for others. Childhood and extreme old age are, of course, utterly different, and yet they have one thing in common: submersion in unconscious happenings (ibid. 795).

Jacobi divides the individuation process in the first phase of life into three categories: ego development, typology, and the shadow. She describes how the development of the ego can be described as an “initiation into adulthood”. Psychic birth, and conscious differentiation from the parents normally takes places during  puberty and the development of sexuality. Jung describes, “the physiological change is attended by a psychic revolution… this is sometimes called the ‘unbearable age’ (ibid. 756). He suggests that this important phase of differentiation is instinctively recognized by indigenous culture in their development of rites of initiation for young adolescents, which exists to separate them from their parents both physically and psychologically and introduce them to the spiritual values and adult roles of the cultural.

Jacobi describes how the various stages of the development of the ego must take place parallel with the differentiation of type (introverted and extraverted) and the preferred function (thinking, feeling, etc.). This builds up a suitable persona, in a way that the ego can achieve coherence that will enable it to be capable of both flexibility and resistance. Jacobi states, “a certain one-sidedness of development is both important and necessary in this first phase of life… this has the disadvantage of unconsciousness but the advantage of an inexhaustible capacity for fighting one’s way through the struggle for existence” (Jacobi, 1958, pg. 100). A well-constructed persona has a distinct advantage for the practical purposes of survival and success. However, this is not the goal of individuation, it instead marks the beginning of the process. Due to the development of a suitable persona, this period also gives rise to the ‘shadow’, “the sum of the repressed… unlived, or scarcely lived, psychic traits that for ethical, social, educational or other reasons have, from the beginning been largely excluded and often even split from conscious life” (ibid. 100). In this phase, it is, important for an individual to consider the contents of the personal unconscious and become aware of their shadow.

Jacobi divides the second phase as follows: anima and animus, the archetypal forms, the analyst and analysand, and the self. The shift from the first and second phase can be marked by the common perception of a ‘midlife crisis’; which is a transition of identity and self-confidence that can occur in middle-aged individuals. According to Jung, neurotic or psychotic breakdowns during this period are frequent due to an individual’s inability to meet the demands of the individuation process. This phase favors the introvert as it requires developing a deep connection with the inner self.

At this point an individual is ready to meet with their anima; the inner feminine side of a man, or the animus; the inner masculine side of a woman. These figures carry both personal and collective psychic features, and therefor form a bridge between the personal and collective unconscious. The meeting with the contra-sexual personality presents itself with the reality of the qualities that an individual projects unto their partner. Jacobi describes:

few men are willing to accept their own moodiness, unreliability, sentimentality… and instead accredit them to their own wives. Woman rarely admit that their unshakeable opinions and arguments are due to a false logic arising from their misused masculinity. Once these factors become conscious and are allowed to reveal their true reality, that is, with the psyche, these anima and animus qualities can exercise the generative, and fruitful powers of the soul, out of which all that is new and creative is born (ibid. 102).

The next step then should lead to an awareness of the male or female elements as they have always existed in archetypal form. From here the path leads into more peculiar field, Jacobi describes how “it is not exaggeration to speak of the entry of the ego into a daemonic kingdom” (Jacobi, 1958, p. 103). This process requires a strongly rooted ego with great powers of assimilation. This phase aligns with Stein’s ‘synthetic movement’ and involves stepping outside the boundaries of the conventional persona offered by one’s immediate social group. Stein describes “individuation is an imperative that drives us forward and, if successful, releases us from the trap of endlessly repeating the patterns that have conditioned us” (Stein, 2013, loc.128). By engaging with archetypal figures in the second phase of life, we can identify these reoccurring patterns and differentiate between what makes us individual and what is fundamentally a collective trait.

It is commonly believed that to individuate, a person essentially becomes perfect with absolute control of their instincts, always good, selfless and who loves and is loved by everyone. But this view, is in fact incorrect. Instead, the purpose of the individuation process is to help the individual to become what, he in fact is and not the idealistic mask. Jung states:

the longing for perfection is not only legitimate, but also an inborn characteristic of man and is one of the most important sources of culture” yet “the individual may indeed struggle for perfection but for the sake of completeness he must, so to say suffer from the opposite of his intention (Jung, 1951, par. 123).

Jacobi, J. (1958). The Process of Individuation: A Study in Developmental Psychology . Journal of Analytical Psychology, 95 – 114.