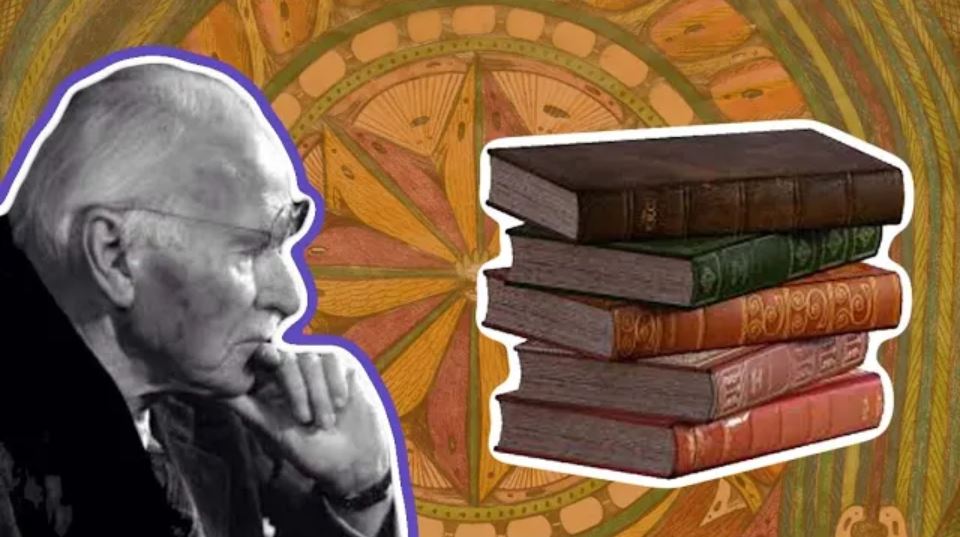 In this article I discuss Jung’s early years, the framework of the psyche, the archetype and the symbol and Jung’s constructive method. These points are key in understanding Jung’s ideas and early influences.

Carl Jung was a psychologist and a psychiatrist who studied medicine in Switzerland and later worked in a psychiatric hospital. Jung’s writings cover a range of topics, a browse through his Collected Works shows the variety of his interests: the spiritual life of man, the environment, war and aggression, art and literature, religion, myths, and alchemy. He also developed a vocabulary which many of us still use when discussing the mind and the human personality: introvert, extrovert, complex , persona and archetype. Jung may not have been the first to use many of these concepts, but he redefined them into his understanding of the psyche.

Psychiatry as we know it today was quite different from when Jung was starting his career. An investigation of the psyche was seen by many of his contemporaries as related to problems raised by psychical research, the study of spiritualist phenomena. The editor of Liber Novus, Sonu Shamdasani describes how the emergence of modern spiritualism attracted the interest of leading scientists and psychologists. Particularly, Theodor Flournoy who in 1899 argued that regardless of whether the spiritual experience of a medium was valid, it still allowed for far-reaching insight into the subliminal mind and human psychology (Jung, 2010, par. 195).

In 1900 Jung began working as an assistant psychiatrist at the Burgholzli mental institute in Zurich. Here, Jung witnessed men and woman suffering from a range of psychological problems, such as psychosis, an ‘unconscious invasion’ which overwhelmed ordinary mental processes. From this experience he began to question the reoccurring mythological motifs that appeared in some of the delusions of his patients.

Early on in his career Jung was influenced by his relationship with Sigmund Freud and the theories of psychoanalysis. Their correspondence began in 1906 and ended in 1913 due to theoretical differences. It appears that the split was deep-rooted in Jung’s concern about the mysterious nature of the soul; he states that Freud was incapable of convincingly explaining complex psychic phenomena such as art, philosophy and religion because of his rational epistemic approach (Jung, 1966, par. 45).

Psychiatry in the early 20th century recognized the existence of the subliminal mind. It was common belief that the unconscious could retain ‘daily residues’, images seen and forgotten, but Jung wondered if it could hold ‘archaic residues’, collective and inherited images that reflect forgotten mythologies buried in our unconscious. The concept of the collective unconscious and the use of the constructive method became key differences between contemporary psychiatry at the time and analytical psychology.

The Framework of the Psyche

The psyche refers to the innate structures that help us to perceive our internal and external worlds and is not only the source of all productivity but also expresses itself in all the activities and achievements of the human mind. Jung states that “the human mind is the womb of all arts and sciences” (Jung, 1966, par. 133).  According to Jung, the psyche is made up of separate but interacting systems: consciousness, the personal unconscious, and the collective unconscious.

Consciousness is the part of the psyche that we are all aware of and is directed by the ego, which is to a large extent concerned with personal identity. It refers to our awareness and responsiveness to the environment that surrounds us and is composed of the thoughts, memories, and emotions that a person is aware of. It is important to mention that “consciousness does not create itself; it wells up from the unknown depths” (Jung, 1958, par. 935). Jung describes:

In childhood it awakens gradually, and all through life it wakes each morning out of the depths of sleep from an unconscious condition. It is like a child that is born daily out of the primordial womb of the unconscious. It is not only influenced by the unconscious but continually emerged out in the form of numberless spontaneous ideas and sudden flashes of thought (ibid. 935).

The personal unconscious also contains complexes based on the individual’s personal experiences; they are “psychic fragments which have split off owing to traumatic influences or certain incompatible tendencies” (Jung, 1960, par. 252). Jung describes how complexes “interfere with the intentions of the will”, behaving independently to “produce disturbances of memory” and influencing “speech and action in an unconscious way” (ibid 252).

Jung states that “complexes… assume, by self-amplification, an archaic and mythological character” (Jung, 1960, par. 383). This suggests that there is an archetypal core to every complex, entangling our personal experience with powerful and universal imagery from the collective unconscious. The collective unconscious, however, is the independent and inherited part of our psyche containing the “whole heritage of mankind’s evolution, born anew in the brain structure of every individual” (ibid. 342).

The Archetype and the Symbol

Jung began to use the term ‘archetype’ in 1919 to describe the primordial contents of the collective unconscious. According to him, instincts related to the physiological characteristics such as body symptoms and instinctual perceptions, whereas, the archetype expressed psychological characteristics such as the spirit, dreams, images and fantasies (Sharpe, 1991, p.28). Jung states that archetypes play “no small role” (Jung, 1960, Par. 254) as they influence human behaviour; he describes “the total personality can be affected by them through a process of identification. This effect is best explained by the fact that archetypes probably represent typical situations in life” (ibid 254).

Archetypes become conscious in the form of archetypal or primordial images. These  images express themselves metaphorically as universal patterns and are the basic content of religions, mythologies, legends and  fairy-tales and are also found in dreams, fantasies, and spontaneous image work.

A key difference between Jung and his contemporaries was his use of the constructive method; this approach favoured the interpretation of psychic activity based on its goal or purpose rather than the cause or source. This approach contrasts with the method of Freud and Adler, who used a reductive method which involved an interpretation of dreams and neurosis in terms of events in outer life, particularly those in childhood.

Jung used ‘amplification’ as part of his constructive method to understand symbolic images. Sharpe describes amplification as a “method of association based on the comparative study of mythology, religion and fairy tales, used in the interpretation of images in dreams and drawings” (Sharpe, 1991, p. 15). This process aims to enable us to reach, by evidential reasoning, the archetypal structures of the unconscious which needs to be distinguished from the cultural influences. It is arguably a means of demonstrating the validity of the collective unconscious as is establishes connections across diverse sources, cultures, and historical epochs. Jung describes how the primordial images “make their appearance only in the course of amplification” (Jung, 1960, par. 403). Jungian Analyst, Harry Prochaska describes how “amplification… leads to significant clues which lie in the cultural unconscious, the universal similarities shared amongst us all” (Prochaska, 2019).

Jung describes how this method alongside the process of active imagination can encourage an engagement with deeper resources in the personality, enabling individuation and in some cases create visionary and prophetic imagery and texts.

Prochaska, H. (2019). The Purpose of Amplification. Retrieved from ARAS: https://aras.org/documents/purpose-amplification-1